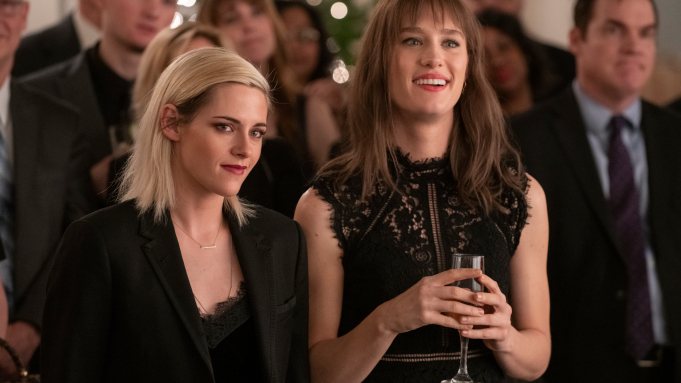 Hulu said Tuesday that has acquired U.S. rights to Clea DuVall’s Happiest Season, the holiday romantic comedy starring Kristen Stewart and Mackenzie Davis that had been aiming for a November 25 theatrical release from Sony Pictures. With the deal today, the pic will now bypass U.S. big screens and premiere on the streamer as a Hulu Original film on that date.

Sony and eOne co-financed the film and retain distribution rights in Canada and the rest of the world. The studio said overseas plans, which could include theatrical releases, will be finalized later.

The deal is the latest where a studio has struck a deal with a streamer to distribute its product thanks to low movie theater capacity amid the pandemic.

Directed by DuVall from a screenplay she wrote with Mary Holland stars Stewart as Abby, who is planning to propose to her girlfriend Harper (Davis) during Harper’s family’s annual Christmas dinner — until she realizes they don’t even know Harper is gay. Alison Brie, Aubrey Plaza, Daniel Levy, Mary Holland, Burl Moseley, Victor Garber and Mary Steenburgen also star.

“This holiday season — more than any other — we could all use a little happiness. It was essential to Sony Pictures and to the filmmakers that Clea’s marvelous and fresh holiday-themed romantic comedy come out when the lights are on the trees,” said Nicole Brown, President of TriStar Pictures. “We are excited that Hulu is geared up to make this happen in the U.S. and grateful that they love the movie as much as we do.” 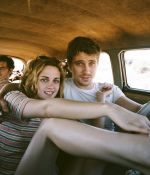 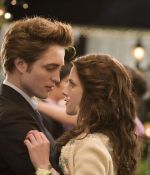